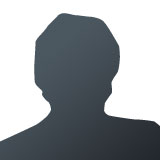 Education
o 1999: Degree in Veterinary Medicine at the University of Milan. Title of the thesis: “Evaluation of the number of Salmonellae in fresh sausages and evaluation of a new medium for the isolation of Salmonella spp.”.
o 2002: PhD in “Control of total quality in the production of foods of animal origin”. Title of the thesis: “Bone taint in bovine meat: aethiological and pathogenetical hypotheses”.


Research activity
o Researcher (from 2001), and Associate Professor (from 2019) at the University of Milan – Department of Veterinary Science for Health, Animal Production and Food Safety – Laboratory of Inspection of food of animal origin.
Research activity concerning:
- microbiology of meat and products thereof: spoilage and pathogenic microorganism, evaluation of quality parameters;
- hygienic criteria in the meat production chain, with particular interest to the presence and localization of pathogens;
- study of the diffusion of spoilage and pathogenic bacteria in dairy products;
- safety and shelf life of fish products;
- evaluation of new sanitation technologies suitable for the food industries;
- study of the growth of pathogenic bacteria in different foodstuffs by the implementation of specific mathematical models;
- Microbial risk analysis of different foodstuffs of animal origin.
Participation, as speaker, to national congresses concerning food microbiology and inspection; production of about 200 publications concerning the above described items; production of a monography concerning meat inspection and control.